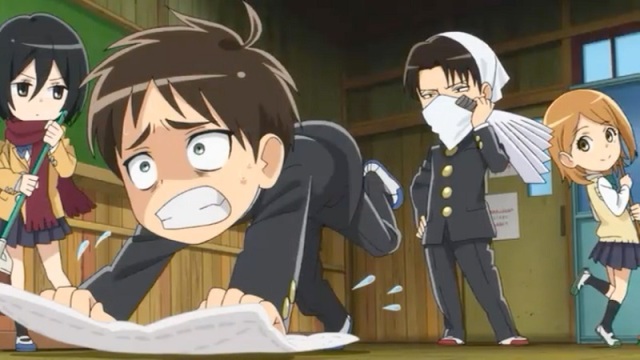 Autumn has arrived! The leaves are changing colour, it’s pleasantly cool, and people are starting to make meaningful glances at pumpkins. Oh yes, and another anime season has started. As is becoming traditional I looked at the seasonal anime list and sampled two shows, based entirely on the synopsis and single image provided for each one. 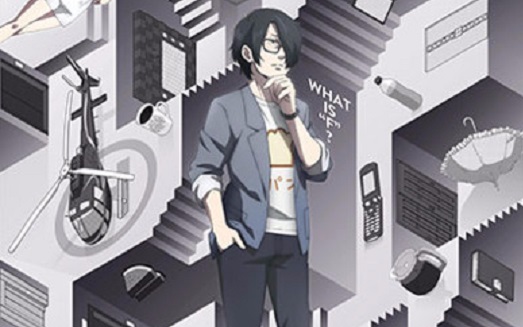 This looked like something a bit different. I don’t watch a lot of mystery or drama shows, but every now and then I like a change of pace and Perfect Insider certainly seemed to offer that. The idea of a researcher and his assistant solving mysteries they encounter on vacation might not be terribly original, but at least we could probably count on something a bit more cerebral and slower paced. I was expecting that careful attention to detail would pay off for the audience and give them the warm inner glow of solving puzzles themselves.

I have to say it looks nice. The outdoor scenes really pop. The buzz of cicadas and lush art really makes them vibrant, contrasting all the more with the muted indoor scenes. So artistically, I have to give an approving nod. I also like the way that so much of the characterisation is done through body language. This is something that video media, both TV/movies and games, could really stand to do more of.

Having watched the first episode, the slower pacing has certainly been in evidence. We also have plenty of mysterious characters and relationships showing up, so there’s no shortage of threads to be woven together. But it verges on throwing too much at the audience in the first episode. Perhaps it’s just me, but I prefer to get to know a little more about the characters and setting before things start getting weird. I’ve talked about this before in other contexts, and it bears repeating because the way something starts is really important. It gives the audience a reason to care about the characters and what happens to them, as well as providing a basis for their actions once the plot kicks off in general.

It occurred to me that this might be another example of not being the target audience of the show – perhaps there were enough subtle hints in there that people who were the target audience would know all they needed to by the end of the first episode. All I can say is that it didn’t work very well for me. It’s a show with a lot of promise, and I certainly think it’s worth watching the second episode to see how things get developed. In that sense the show succeeded at getting my interest. But it hasn’t captured it yet, and if the amount of work required to get anything out of the show continues to be high then I won’t feel bad about dropping it.
Watson’s verdict: worth trying. 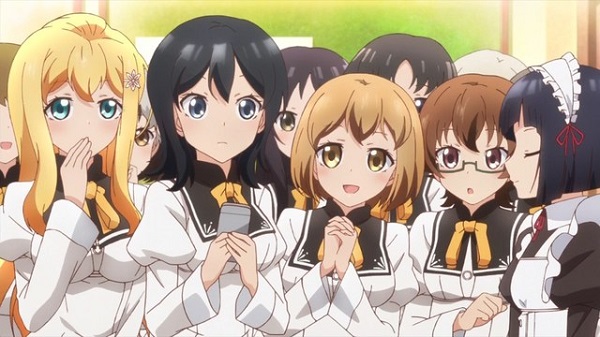 A show like this can really go in one of two directions. It could be a very interesting discussion of the sorts of expectations people have about members of different social groups, with both parties learning from each other and eventually coming to a new understanding of the struggles and joys inherent in life. Alternatively, it could be a juvenile fantasy in which an ordinary boy somehow becomes super-popular and surrounded by beautiful girls who practically fall over themselves to hang on his every word.
Guess which one I predicted! 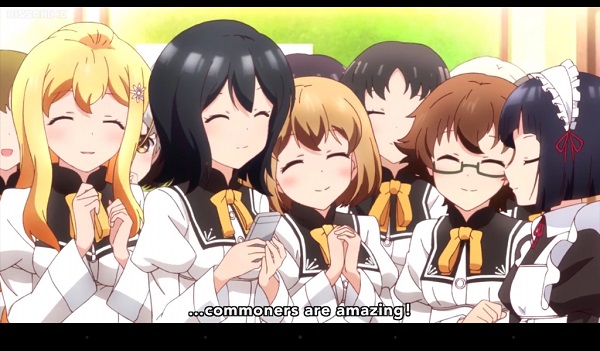 Shomin Sample sets low expectations and then somehow continuously fails to meet even them. Its single theme – commoners are mysterious among elite girls, and popular because of it – gets used up in the first five minutes. The already-dead horse is then beaten so mercilessly that by the end of the first episode I doubt enough could be recovered to cover the end of a small dessert fork.

This is irritating enough on its own, but aggravating this is the fact that it verges on some genuinely relevant social commentary (quite unintentionally, I’m sure). It is a fact that the elites of the world are generally disassociated with the lives of “commoners”, and we can all think of examples of the sorts of issues this can cause. There’s one scene in particular that I thought was remarkably apposite, in which a bunch of the clueless elite girls marvel over a smartphone. Of course this is ridiculous, but the point remains valid – the truly elite don’t need to know about such things. Those iPhones covered in 24-karat gold, with ostentatious diamonds on them? They’re for the haven’t-made-its, the wannabe-elite, the pretenders. It’s the aspirational model, for middle-class people who want to look like they’re among the select few. Really powerful people have someone whose job it is to carry the phone around, lest the elite be mistaken for someone who has to actually answer phones themselves. But somehow – shock! – Shomin Sample failed to do much with this. 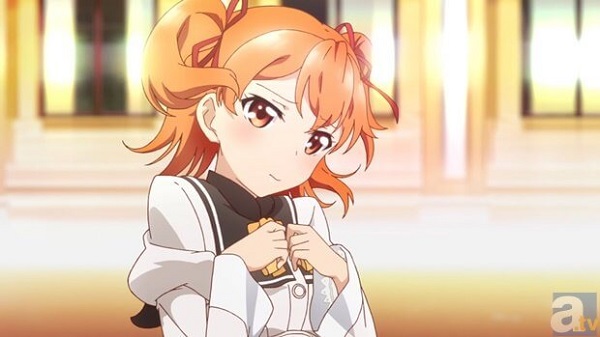 What we actually got will doubtless come as no surprise: a school full of under-dressed and over-upholstered girls who are all breathlessly eager to learn more about the fascinating life of commoners from our kidnapped hero. Who must pretend he has a gay muscle fetish, because reasons, but never mind that right now.

I suppose I can see how this show might be popular as a sort of adolescent fantasy – an idle daydream brought to bouncing tittering life. Fantasies like this are best enjoyed in moderation, though. Personally I found it tiresome after only a few minutes. It looks adequately nice from a technical perspective, but I doubt it’s going to win any awards for its visual appeal. Or anything else, for that matter.
Watson’s verdict: Avoid.

Question of the Post: What is the best mystery show you’ve seen?

I’m a New Zealander, in my 30s, and until recently I lived in rural Japan. I have interests in history, pop culture, video games, and the clever use of language.
View all posts by Dr. J.H. Watson →
This entry was posted in Anime and tagged Perfect Insider, Shomin Sample, Taste Test. Bookmark the permalink.